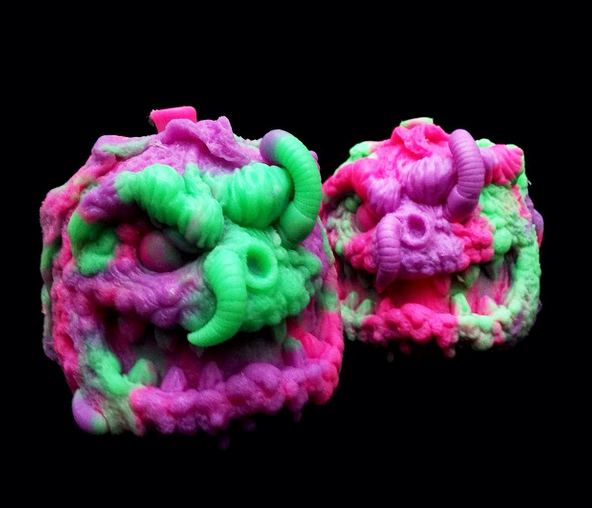 hot off the press >> our gud buds, The Disarticulators are havin' a belated January sale but, a sale with a twist ! they're re:shootin' a lot of their notorious 2014 releases ( includin' our collab Rotten Tomato Ball - how RAD do they look ?! ) in marbled resin lucky bags. ere's the full lowdown by a man like, Tru:Tek

" Coming a little later than planned, we can now finally reveal details of the “Marble Madness” Lucky Bags from the merry band of Disarticulators! As the name would suggest, each bag of keshi goodness is set to feature a number of one-off marbled figures spanning the past two and a half years of Disarticulator releases, including guaranteed large (Rotten Tomato) and medium (Leucotomy Ball) sized figures as well as 2 standard scale keshi (from a choice of the Atomic Uchuujin, Lobsterman or Critter)- each and every one hand sculpted by Zectron and produced in a glorious keshi-style rubber by Tru:Tek. Due to go on sale in the Man-E-Toys store next Wednesday, January 28th at 9pm London time, the “Marble Madness” Lucky Bags - limited to an edition of just 8 - will be up for grabs at the bargain price of $100 each plus shipping- over 25% off individual retail ! But that’s not all… On top of the bags, there will also be a number of other figures available on the drop, including a new one-off marbled run of SKC’s Screwballs! Based on an illustration for Strange Kids Club’s ongoing Circle Jerks sticker line, the stunning gross-out sculpt was originally undertaken by artist Jose David Cifuentes Ulloa as a fan project, quickly sparking the interest of SKC editor, Rondall Scott III, and ultimately leading to a full scale toy release. 3D printed, prototyped and produced courtesy of Tru:Tek over at Disart ToyLabs, the 3″ x 2″ rubber figure has been cast in a variety of 2, 3 and 4 color marble mixes this time around. Limited to just 10 figures priced at $35 each plus shipping, the one-off marbled Screwballs will be joining the Lucky Bags – plus a few other goodies – in the Man-E-Toys store next Wednesday... " 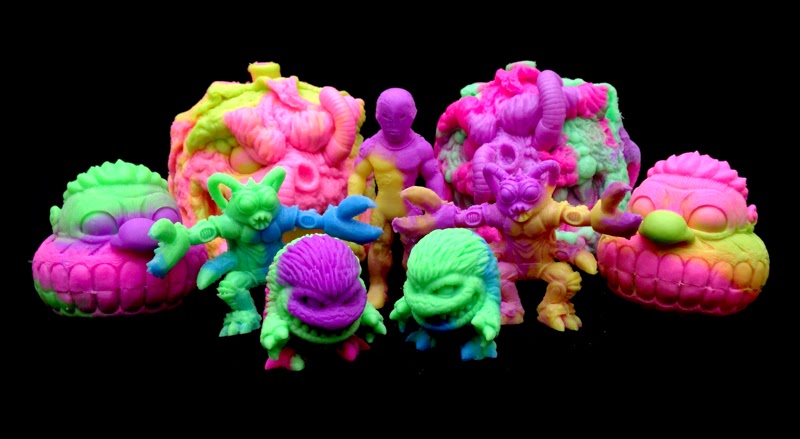 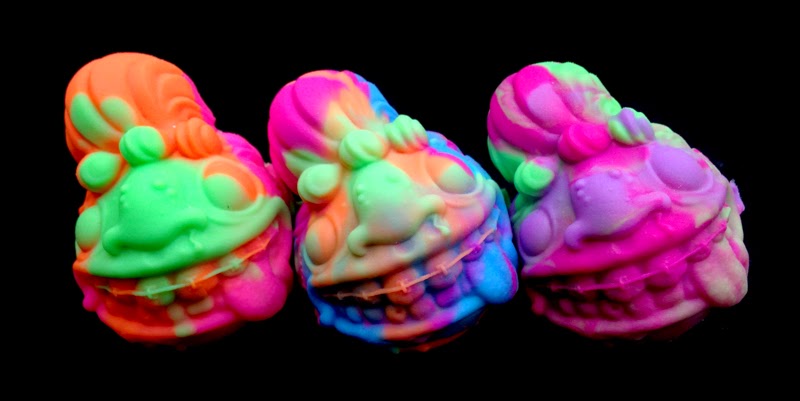