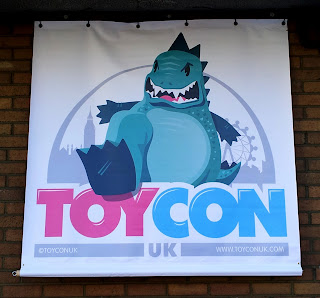 so last Saturday saw the 1st ever ToyConUK held in South Keningston, London >> more importantly it was the 1st outtin' for our B.A.S.T.A.R.D Booth ! a week of hard crankin' paid-off as we had a multi-coloured, knock-off-esq haul of over 100+ figures to shift & shift they did !! 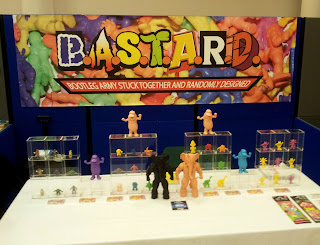 as well as the resin mini figs, we had our ' plastic ' B.A.S.T.A.R.D figures on sale plus MEGA PeeNut & makin' it's world toy debut the mighty beast, Bullet Belt ( in flesh & black ), our 3-way collab B.A.S.T.A.R.D Universe action figure !! as previously mentioned it's a collab project between Skinner / Unbox Industries / B.A.S.T.A.R.D 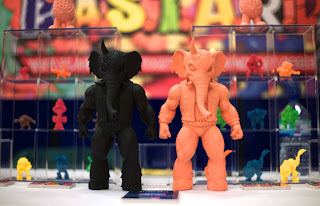 massivE thx to all who showed support & luv by buyin' something from us, to all we chatted with & hung out with ( far too many peeps to mention & apologies to anyone we didn't get the time to say " ello " to ), our gud stand neighbors, JPK, Ume Toys, The Tarantulas + Ralph Niese, plus Cris Rose for the wicked Bullet Belt snap above ( as feature on Spanky Stokes ). 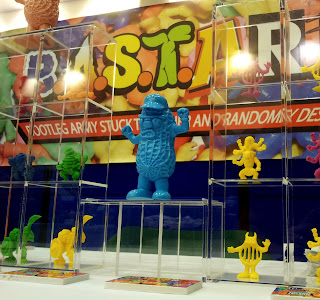 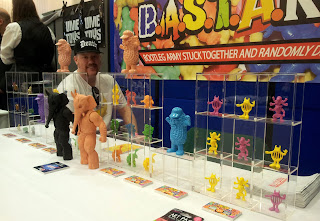 the remaining figure stock will be on line very sooooon... resin stuff is super limited but, our plastic B.A.S.T.A.R.D figs, Goober + Big B.A.S.T.A.R.D are not so - so feel free to multi-buy for all tha family !!