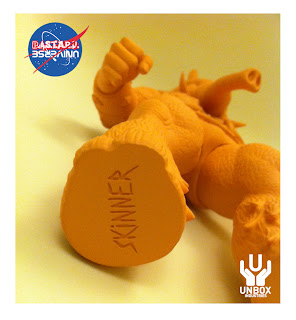 belated Easter Egg >> we hinted @ dis last week but tha hype has lead us to drop more ! yer might of spotted over the Easter Bank Hols ( & in between WonderCon action ) gud bud, Skinner, released a ickle tweet hintin' @ a uber 3-way collab !? well, not wantin' to fill-in too many of those blanks we can Xclusively sneak a few more snaps of the ToyConUK previewin' toy between Skinner + Unbox Industries + B.A.S.T.A.R.D which = B.A.S.T.A.R.D Universe !! 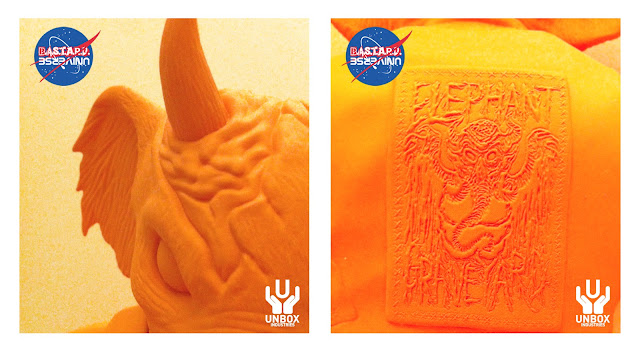 more info soon but trust us, it's soooooooo gud you'll be spendin' all your ToyCon hours just dashin' between the B.A.S.T.A.R.D Booth & the Unbox Industries stand !!
Email Post