mini figures have a nu boy band >> like One Direction but, with more resin ! if you haven't already seen all the recent press, Man-E-Toys aka Tru:Tek has joined forces with The Amazing Zectron & BigmanToys to form The Disarticulators !! they've got loads planned ( head over to the Man-E-Toys blog now for all the info ) but, my fave by a country mile is, The Master of Beard-Fu... 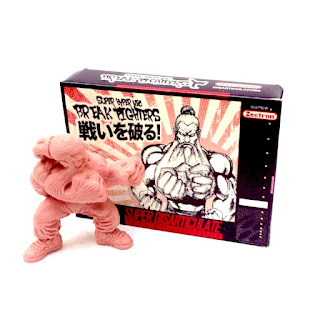 Tru:Tek sez " Originally posted as a finished sculpt a couple of months back, we are now proud to reveal that Zectron’s incredible Higekami: Master of Beard-Fu will be featuring in The Disarticulator’s first ongoing series, the outlandish “Super Hyper Neo Break Fighters”. Set to feature a whole host of characters from the faux early 90′s beat ‘em-up, expect more figures from all 3 artists in the very near future " 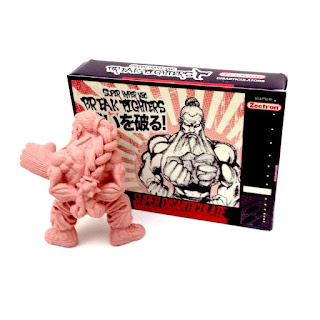