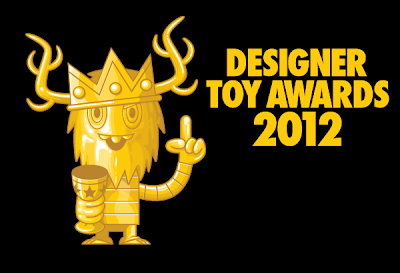 the 2012 DTA heat is bubblin' >> Clutter have just dropped this rather nifty ( or in our case, embarrassing - cause we're in it ! ) ' schnizzle reel ' from the 2011 doo in San Dimus : they say " The 2011 Designer Toy Awards party was huge success, with so many fantastic artists and industry insiders all in the same room ! This video shows just a snippet of the energy, excitement and impact of the Designer Toy Awards ceremony. We're all looking forward to the 2012 Awards party, coming this October in New York City. It'll definitely be bigger and badder ! "
Email Post