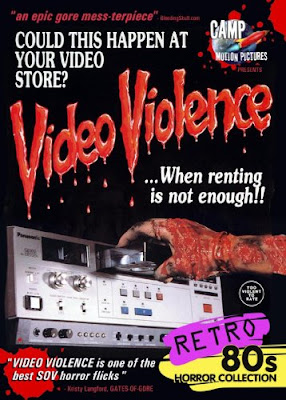 i'm a sucker for an 80's horror VHS videotape >> mainly for the lush artwork & not necessarily the video nasty... anyway i caught wind of this great Kickstarter film project called, REWIND THIS! they say " the introduction of home video had a massive impact on culture, business, and the development of media. The film-going public had unprecedented control over their viewing schedule, burgeoning filmmakers had inexpensive tools with which to create, and a new business was formed that expanded the reach of an already exploding industry. Videotape redefined the way modern society interacts with media. REWIND THIS! aims to be the definitive account of the home video revolution and a showcase of its continuing legacy " . so check the vid & if you like, go pledge...
Email Post