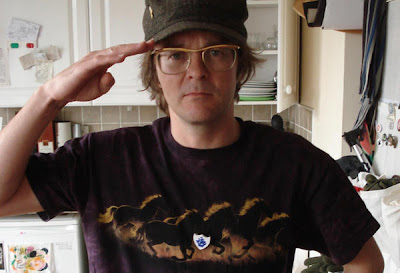 Clutter magazine have just announced that UK toy godfather and all round Mark Heap lookalike, Mr Pete Fowler has designed the awards for the DTAs (Designer Toy Awards for those of you who cannot translate acronyms).
According to the press release, "The Toy King", manufactured by Pretty In Plastic Inc based in Los Angeles, is made of chromed resin and base and stands thirteen inches high. "Pete's design is pretty perfect and it was an honor to bring him from design to royal glory", said Julie B. "Wait until you feast your eyes on this guy, all shnazzy and shiny…everyone will want a piece of the king!"
Apeman and I were honored to be entrusted with casting our votes for the winners, which was actually much more difficult than expected. We're heading out to SDCC where we will be skulking in a corner as the winners of the various categories are announced.
Email Post