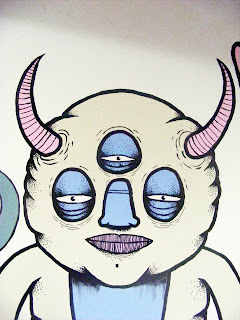 It already feels like a long time ago but this time last week I was overdosing on character design in Berlin for the bi-annual Character Design Festival, Pictoplasma. The first day was a meet'n'greet for all attendees with the chance to check out 24 exhibitions smattered around the venue for the Pictoplasma lectures at the Babylon cinema. I think I managed around 20 of the shows before I happened across Lunartik aka Matt JOnes (don't forget the capital 'O') showing off his mini-tea customs at 'Kitchen.' Also there to lead me astray was Phil Corbett so my Character Walk was cut slightly short by the lure of liquid refreshment from Mr JOnes' fridge (not a euphemism). There was a real variety of work on show at the various exhibitions. Lots of nob-nosed people depicted (erm?).... 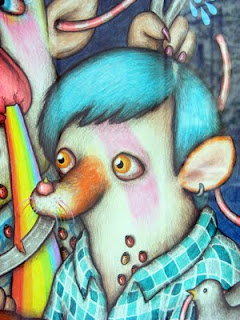 great use of glass to create contemporary coolness by the Bee Kingdom.... 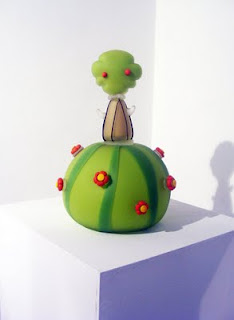 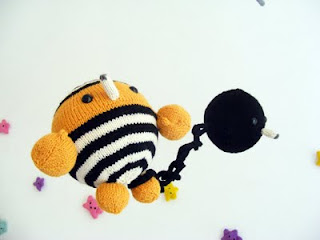 and I think my favourite paintings were from Jeremy Dower whose freakishly reptilian-skinned 'poodles' (he described them as ghosts) were amazing. 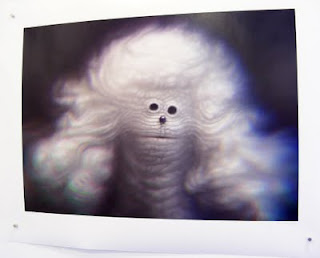 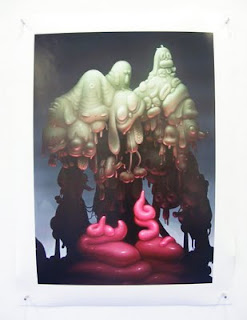 McBess was creating a giant masterpiece at 'Dude Factory'. He later confessed that it was the first time he'd ever painted such a large canvas. Given that fact, I think he did an ok job (that's a joke - it was amazing) 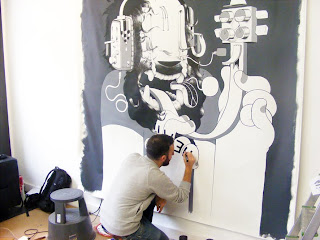 Rilla certainly looked the part, resplendent in a red outfit (created by her sister) she chatted with bystanders admiring the beautiful show of paintings and prints of her character 'Sozi'. The brushwork on her illustrations was astonishing and the retro feel reminded me of long forgotten childrens' books. 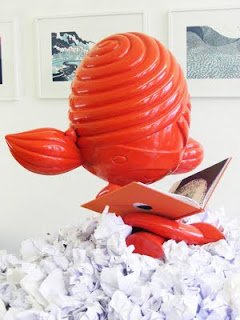 As usual, there was a lot of cool street art and stickers around the streets of Berlin.... 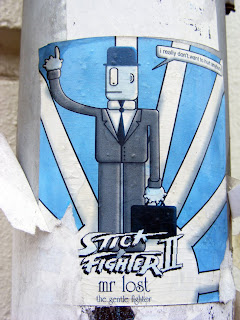