OK, so i've been back a few days now & it's about time i got off my lazy, jet-lagged ass & dropped a few words + thank-yous from Luc & i re. our recent SDCC trip... and what a trip : i fink i've said it a few times now, but it was the best. Con. ever ! it's always hard balancin' toy business with toy pleasure (especially with so many meetings re. the Consultancy), but somehow we did it ! 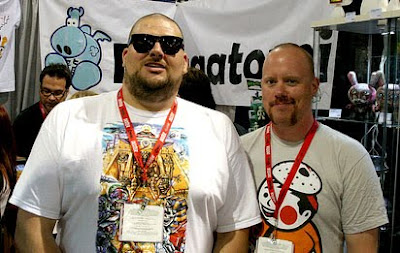 firstly, the best thing about the Con is just hangin' with mates >> it's all about the laughs, the silly Con catchphrases (CHOOCH, BRanston, American Cheese !?), the partying... the hangovers !!! secondly, it's about meeting / makin' nu friends >> & with our involvement in the amazin' Onell x GFS Crossover project we did exactly that. booth #4937 was in my opinion the most forward thinkin' stand in the whole Con & we were chuffed + honored to be a small part of it. brought together by Masterminds Matt Doughty (Onell Designs) & Datadub (Fig-Lab) the whole stand just kept on switchin' up every day with different artists & tasty toys... it's the future >> the collabs, the buzz around the booth, the family unit vibe... all of it was simply mind blowin' & very inspirational. 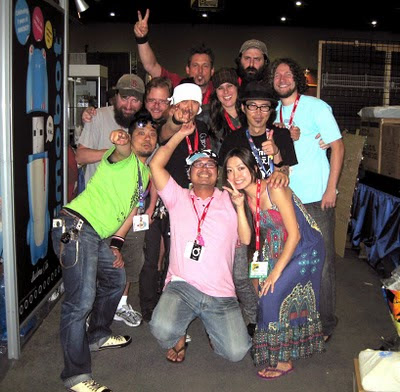 So massivE thanks to Matt & Don >> you guys are a true inspiration >> to all our nu friends we met via the booth... Mori, Ayako, Takeuchi, Jesse Moore, Matt Walker, Cliff & Sean Monstrehero, Jesse Destasio, Megan & Marc, Spymonkey & finally Paul Kaiju who kindly graced our BRainos & Clopos figures with his trademark spray : thanks for all the love. 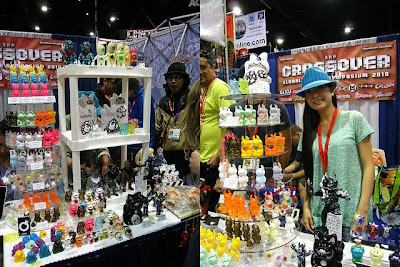 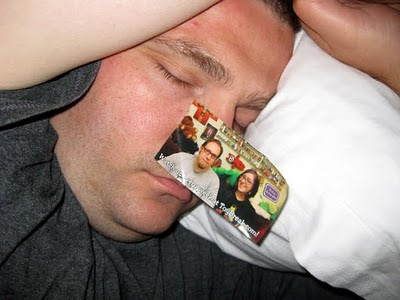 massivE props also goin' out to the super talent trio of Lamour Supreme, the Sucklord & the Tarantulas who all ' smashed ' the Con with various toys releases & signings >> great to see & hang with you guys... 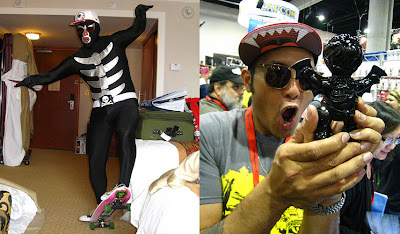 to all my old US Hasbro krew >> wicked to see & booze with ya ! big peace also goin' out to A Little Strange, October Toys, Kirkland of Toybot Studios, John SpankyStokes, DrilOne, the lovely Kidrobot girls, Mr Paul Budnitz & i'm sure there's a ton of peeps i'm forgetting... soz, blame the jet-lag ! 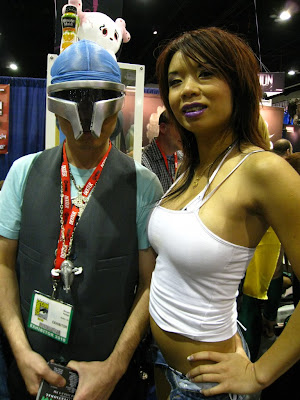 and finally a hugE thx to everyone who stopped by the booth on the Sunday when we were there >> we still can't believe we sold out in like 30mins - i fink Paul's handy work might have someting to do with that ;) anyhow we're humbled >> thanks for the support, it means a lot to us. outta the Con there's a ton of nu & exciting tings on the horizon, so we'll keep ya posted as / if tings start to bubble ! 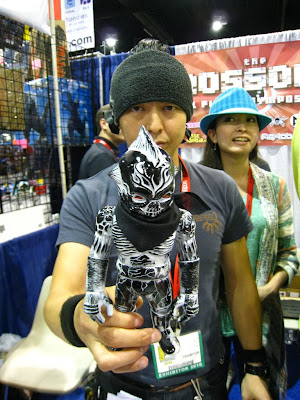 *i piked most of these snaps from Matt's blog, Toybot Studios, Vinyl Pulse & ToysRevil who have all been doing an amazin' job with loads of tasty GFS coverage >> go check 'em all out & support !
Email Post

Marcus said…
So great to see you guys! Definitely the best con yet. Lookin forward to the new site and everything that's brewin... cheers!

TriclopsApeman said…
great to see you too man >> missin' the antics... hope to catch ya soon, NYCC maybe ? speak soon 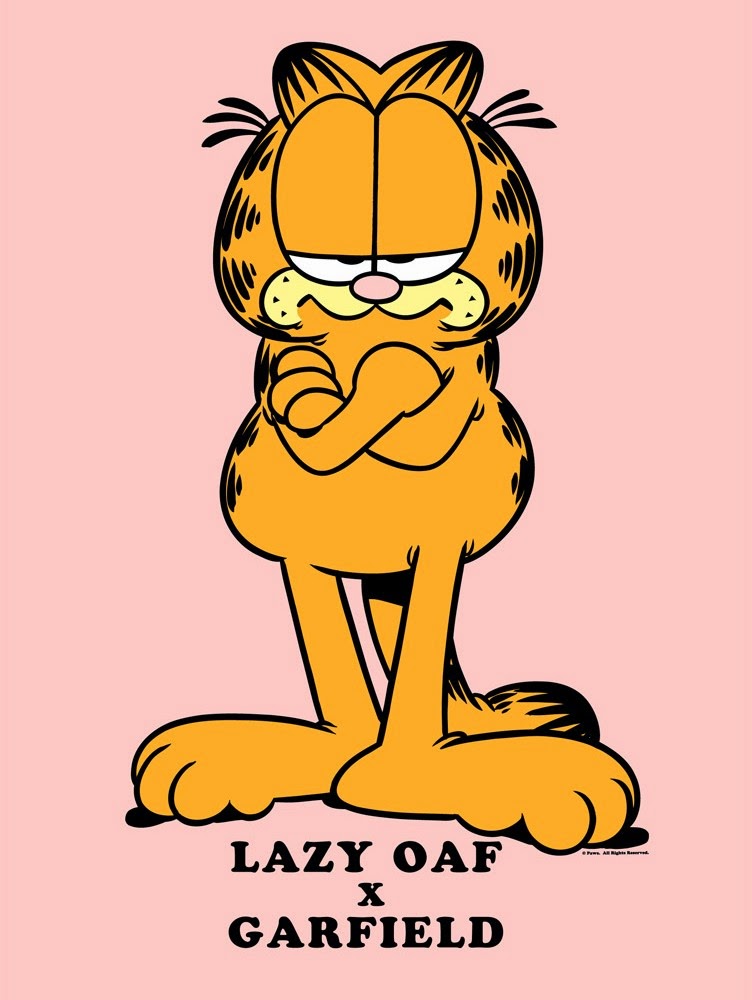