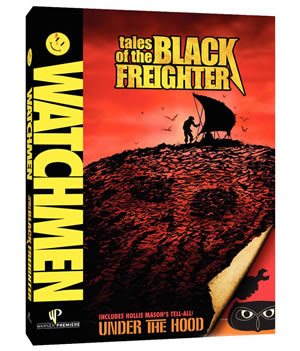 after the disappointment of the film i was a tad nervous about spending top dollar on the Watchmen : Tales of the Black Freighter / Under the Hood DVD... but, shock horror it's actually quite good ! the Black Freighter animation is pretty tatsy - not sure about the colour palette but it's nicely done : dark & gritty. however the real treat is the spoof 70's documentary Under the Hood... like the film, the actings pretty naff but see past that & it's rather entertaining. deffo worth the money - and if you ask me both of these ' extras ' should have been including in the actual movie. yes, it woud have been 4+ hours long but it would have added so much more to the overall story.
Email Post