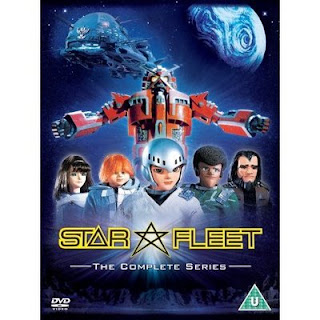 The moment I have waited my whole life for (at least since the original screenings in 1982), Star Fleet the entire series is released on DVD in the UK on February 9th. You young whippersnappers or foreigners may not remember the show (which originally aired in Japan as X-bomber) but just check out the Giant Robot on the front cover if you need any further evidence of it's genius. Like Thunderbirds but freakin' cool. Up 'til now my Star Fleet collection consisted entirely of the 12" single of Brian May covering the feemtoon.
Email Post