OK, we've spoken to a few peepz now & it looks like we missed a corkin' con dis year... we'll be there next year for sure ! anywhooo ere's a few more snapz - first up the Onell stand & our Onell x Triclops Clopos figure : 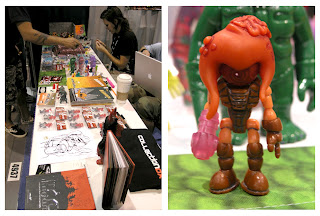 we're so chuffed with the way dis bad boy turned out... massivE thx to Onell Matt for doing a tasty job with the moulding, colours & deco plus, Ali + Holly ( especially Holly ) @ the mighty Morpheus : 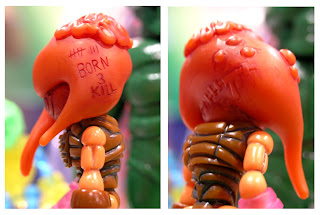 as well as our Glyos figure, the very talented Lamour Supreme did one... well 3 actually ! we've been big fans of his work for a long time now ( check older posts ) & dis neon geezer is our fav from tha 3 on show : 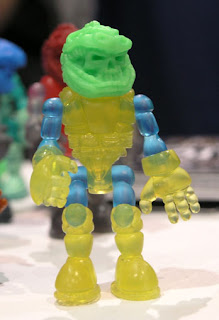 next up, Nick Mannion's SuperModified Studios stand where our 2 MOD:1 customs were on show along with other pieces from The Tarantulas, Kenn Munk, Jester, Aaron Archer plus many more : 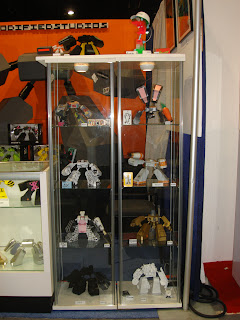 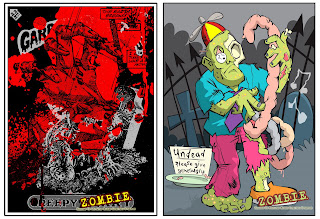 as always when we both get asked to some 'art' we try to work up 2 different looks & hooks... Robotboy 'played' on the fact that his Z.O.M.B.I.E sculpt looked like he was playing his 'insides' and i went with a 80's art mash-up ( inspired by my original Garbage Pail Kid trading card 'Dead Ted' ) titled : Night of the Garbage Dead Kids ! get your Z.OM.B.I.E.'s over @ www.octobertoys.com/zombie now !