when ya feelin down, all you gotta do is bung on a childhood classic... as it's friday the 13th, there could be only one : Monster Squad 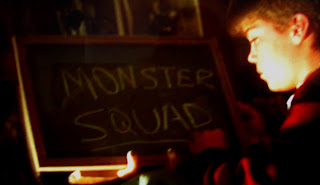 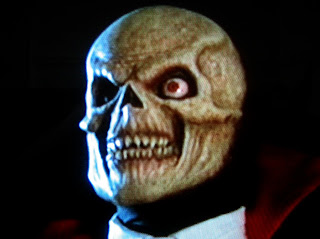 the idea for Monster Squad was born during the filming of 'Night of the Creeps' (the film Fred Dekker directed before Monster Squad)... if ya look closely there's graff on the wall of the men's room (where J.C. is trying to escape a number of slugs !) readin "Go Monster Squad !" 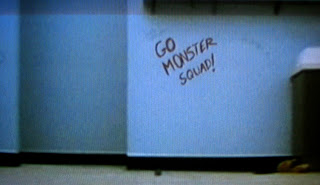