The Artist in Tim Biskup 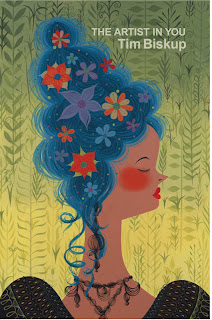 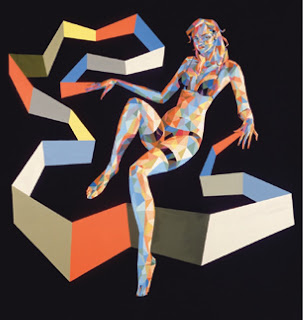 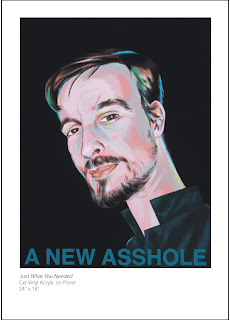 I'm a masseev fan of Tim Biskup, the fandom was enhanced when we saw him talking about his work and inspiration at the 2006 Pictoplasma bash in Berlin and got up close and personal with some of his beautiful paintings on display there (although a couple of them were sadly pilfered!). His new show is on at the Jonathan LeVine Gallery in New York until 14th June and the dark flavour to his work continues but his style is developing a cubist/modern art/abstract flavour alongside the retro artistry as he continues to churn out cracking stuff. Some of the latest pieces are reminiscent to me of Dali's later work and that's definitely no bad thing, it took the curly mustachioed genius until his seventies to take this direction. You can buy a signed copy of the book which accompanies the show at http://www.flopdoodle.com/ or amazingly, you can download it for free at http://www.timbiskup.com/TheArtistInYou/Artist-In-You.pdf
The descriptive writing echoes The Biskup's detailed artwork and a quick scan of the name check at the end of the book shows what esteemed company he is keeping. Tim Biskup "The Artist In You" Jonathan LeVine Gallery 529 West 20th St - 9E New York, NY 10011 212-243-3822 http://www.jonathanlevinegallery.com
Email Post