rise of the Mechanical animals . . . 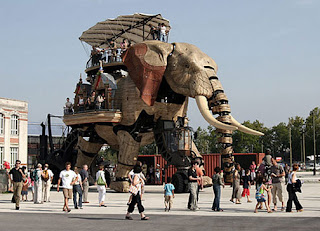 currently of display in the little known French city of Nantes, Machines Of The Isle Of Nantes is the brainchild of French artisits Francois Delaroziere & Pierre Orefice . . . their mechanical animal's project began in 2007 with the massive mobile elephant and is set to roll on with their up&coming marine life project : 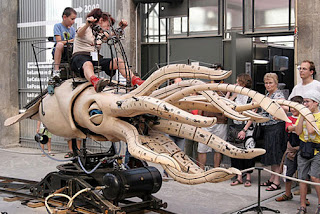 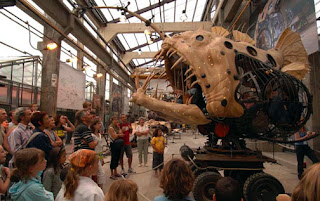