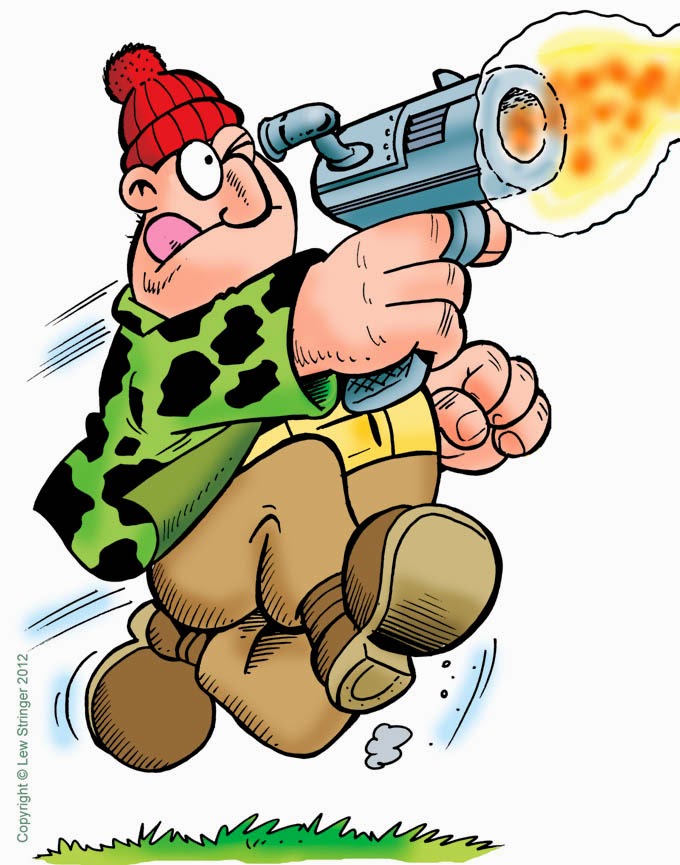 so i bought a few dusty old comics the other day from a kool little bookshop just around the corner from Toy Shack >> struck gold as it re:introduced me to a childhood hero, Combat Colin ! written & drawn by the great, Lew Stringer, Combat Colin featured heavily in a lot of my Marvel UK comics ( imprint of Marvel Comics ), mainly Action Force in 80's. Colin wanted to be a war hero but, even the Army thought he was too thick for them and so he ended living in suburbia with his Mum +  Dad & knockin' around with his bezzie mate / side-kick, Semi Automatic Steve ! bring him back... the hunt for more dusty comics is on ! 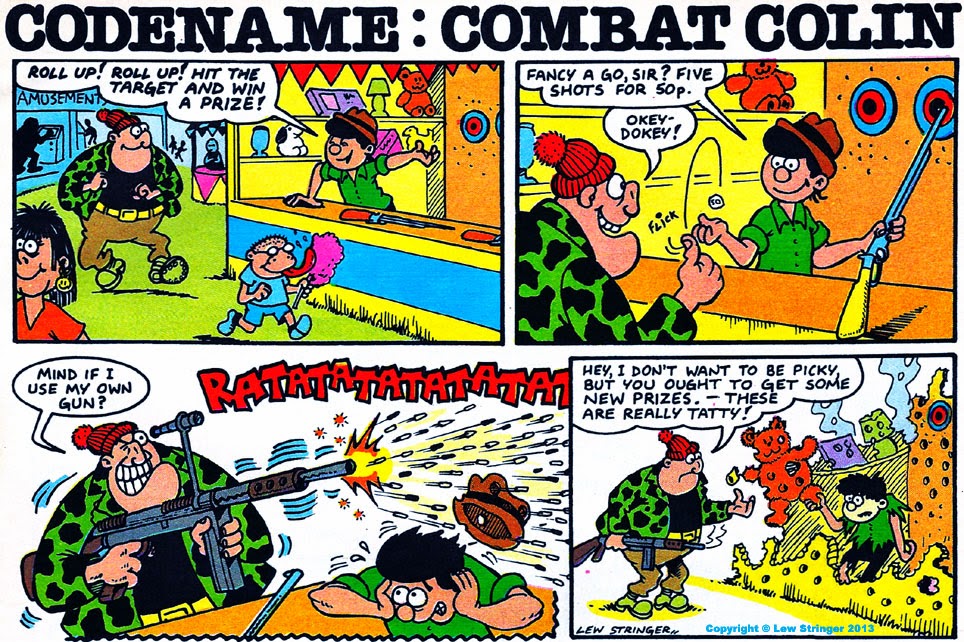 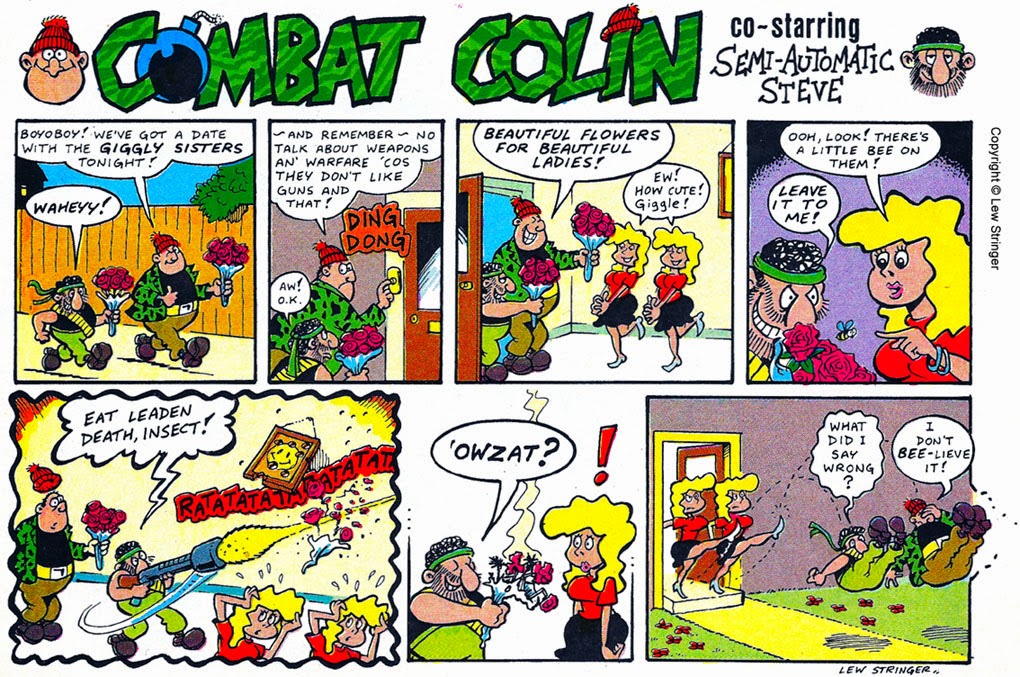 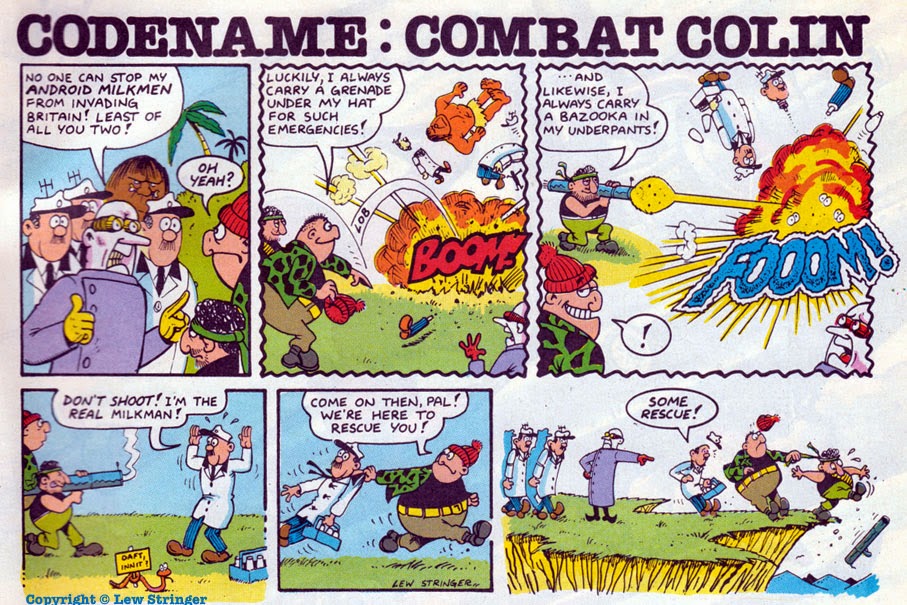 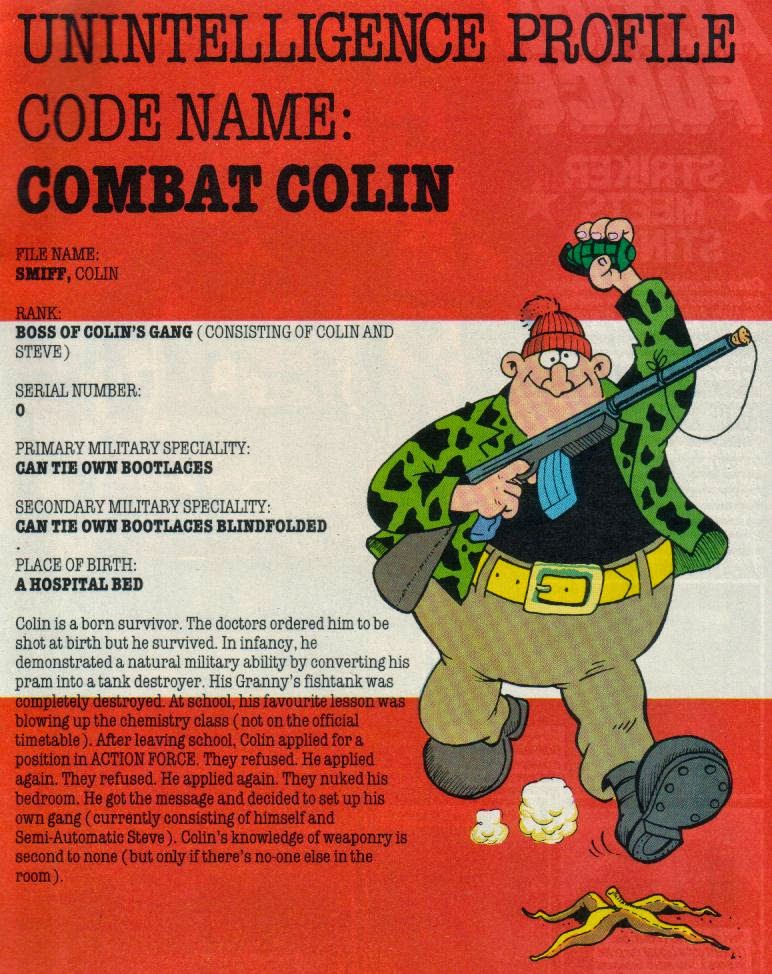