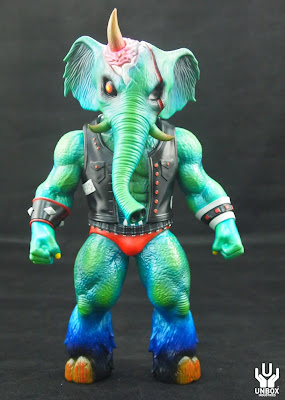 spreadin' faster than the Black Death, the news of Skinner's Bullet Belt ( the first figure in our B.A.S.T.A.R.D Universe series ) has been runnin' rife among the toy blogs >> i guess, in typical Triclops slack-ass, late-as fashion we should do a similar post then, ha ! before the info, props to Skin-man for funkin' slayin' dis figure & Dan + Leo Ubox for rippin' factory manufacturing ( in every way possible ) a nu butt-hole...

After months of speculation we can finally announce details regarding the first release of Bullet Belt!

Unbox are taking pre:orders at Taipei ( now finished ) and Skinner will be taking pre:orders at SDCC for the first colorway - first image
Each painted Bullet Belt will be shipped with a 6cm B.A.S.T.A.R.D injection molded mini figure in a colourway exclusive for each individual release.
Both are house in a pop open blister packaging that allows easy display and repackaging if required.

Online pre:orders will begin on the 21st July until 31st.
*This version will be made to order only, no over stock !
All orders will be shipped in August. 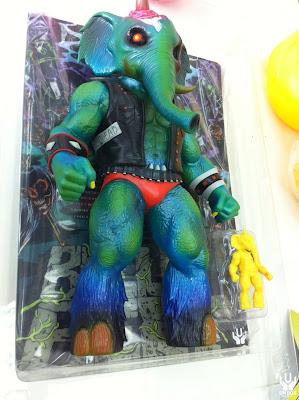 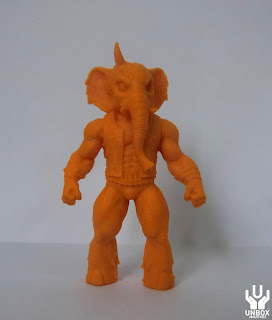