blink & you might think this MOTU Batros figure is proper production >> sadly it isn't, cause if it was i'd have purchased by now ! Batros rules, he only appeared in one episode of the 80's cartoon ( The Great Books Mystery ) and he's his only villain... he ain't takin' no sh_t from Skeletor or Hordak !! anyway this lush piece was hand-crafted by Barbarossa Art Customs & it's one of a few he's cranked for what he's calling his ' The Big Bang Project ' series, which aims to " add to the original line of MOTU through custom-crafted art pieces which fit into an imaginary history of what happened had the line continued ". 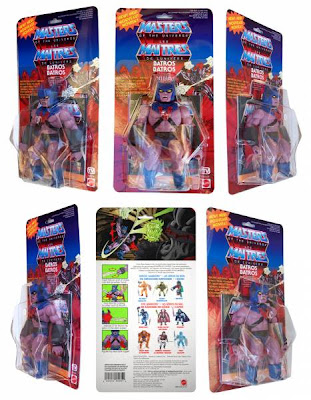 the details on this thing are INSANE and it even comes with a mini Batros MOTU comic ! like i say he's done a few figures in the series >> check 'em out over on Lu Lu Berlu & if i had the cash ( it ain't cheap ) i'd be in there like whippet !! stunnin' work 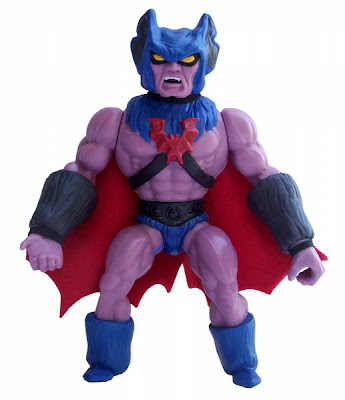