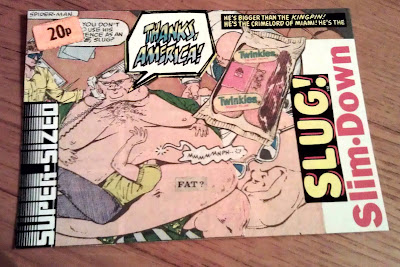 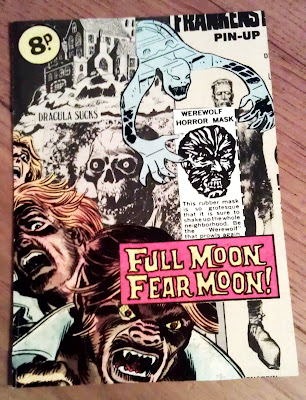 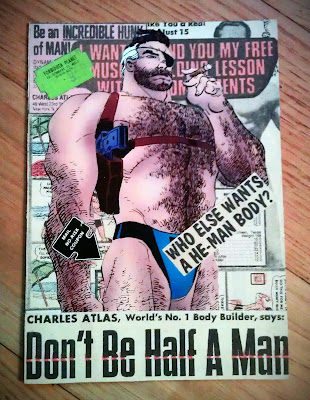 Luc went all 3D with his postcard pieces entitled: Willies, Ugly, Up the Ass & New York ! 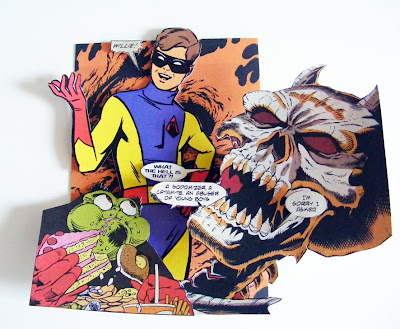 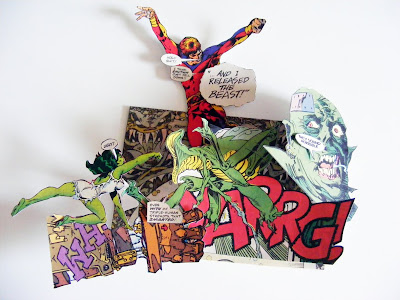 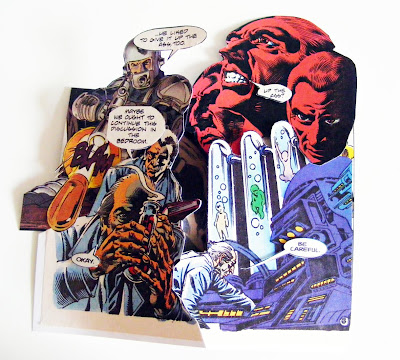 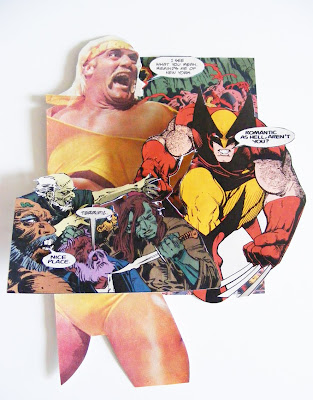 now the show ( @ Orbital Comics, LDN ) opened last nite and runs until the end of April. there's some great pieces up on the gallery walls so go swing-by & show some support >> the bonus being everything is pretty much up for sale too ! our art postcards are a mere £20 each & in the words of the comic book guy who helped hang 'em " that's a reet bargin, innit !? ". anyway here's a few highlight snaps from last nite: 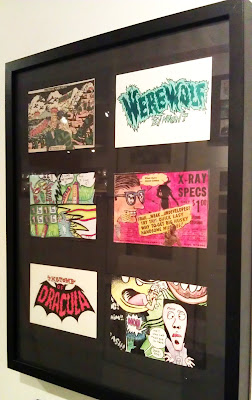 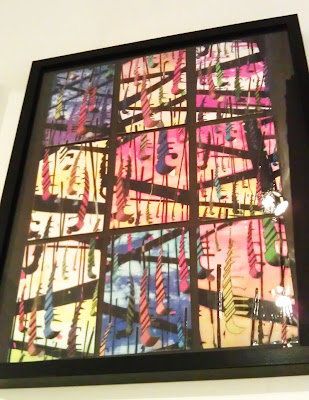 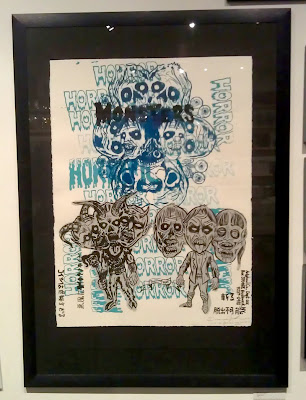 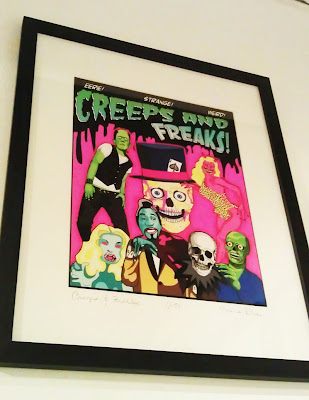 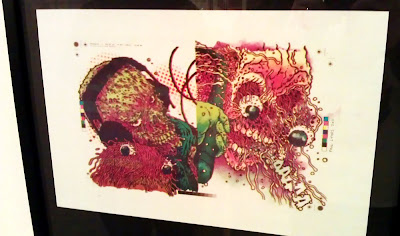 big-ups to show ring-master, Jason Atomic for the invite >> his pieces were my favourite actually... the cereal boxes come canvases is what he used to stash his old comics in ! 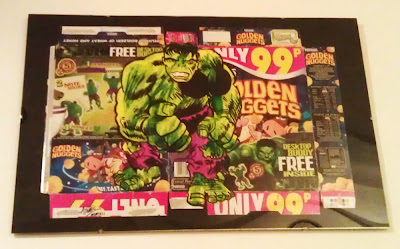 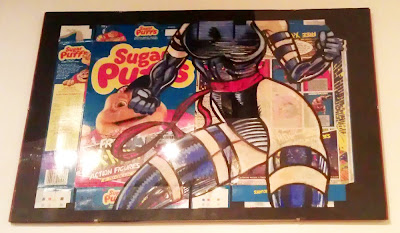