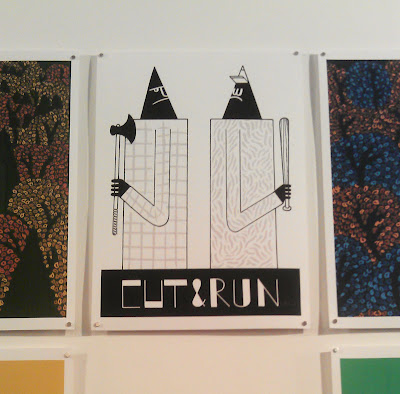 not really into New Year Resolutions >> but, Luc & i have made a pact to get out of the studio a bit more this year... so startin' as we mean to go on we nipped into the 'Ditch this afternoon to go check the Cut & Run Group Show @ the Kemistry Gallery... Ryan Chapman, Matthew Dent, Matt Bromley + Jack Teagle all on creative duties : 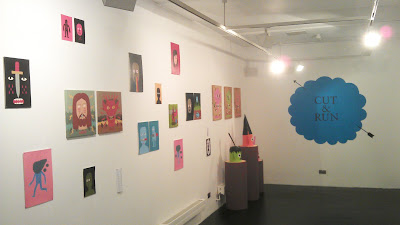 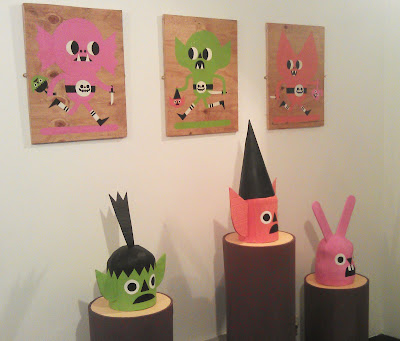 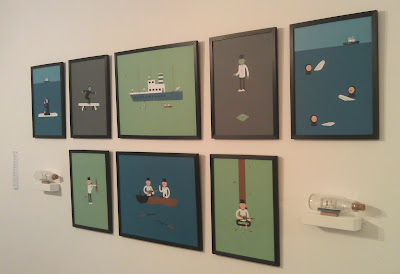 we're both big fans of mr. Teagle's comics' ( Fight & Jeff Job Hunter ) so it was nice to see his stuff in the flesh... Matthew Dent's work was really kool too : loved the urban ' pencil-headed ' dude & his mini bust / toy sculpts were bob-on ! 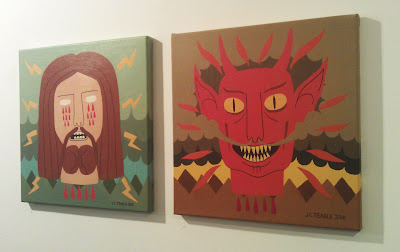 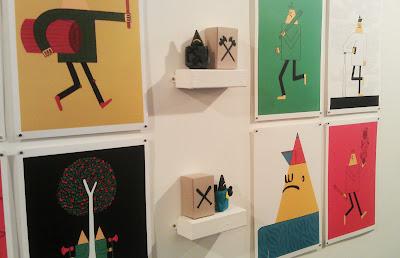 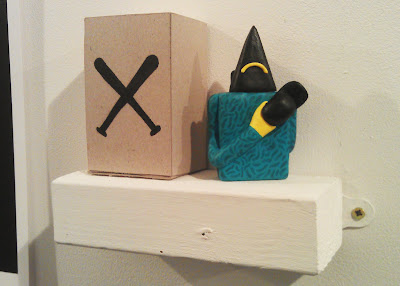