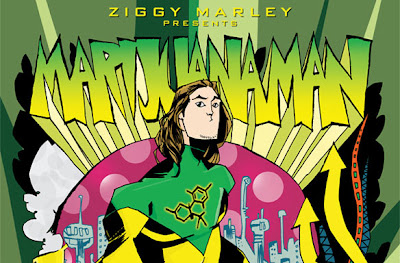 there must be someting in the air >> first Rastamouse ( see previous post ), now Marijuanaman ! based on a character created by Ziggy Marley, written by Man of Action Studios & illustrated by JIM MAHFOOD... they say it promises to shatter all expectation - " this is not the comic you think it is ! ". the oversized deluxe hardcover graphic novel tells the tale of a noble extraterrestrial champion, who has arrived on Earth to deliver an important message and at the same time save his own planet. 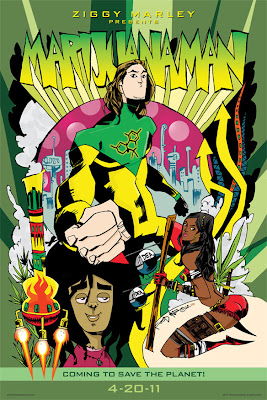