talkin' comics ( previous post ) you gotta check Orc Stain... created / written / drawn & coloured by the very talented fingers of James Stokoe. Mr Stokoe sez " Orc Stain' is a fantasy story set on a constantly war-ridden planet almost entirely overrun by orcs. It starts off following a spiritually broken orc who has the ability to find the weak point in any object, which he can then crack open with his trusty hammer. He has been making a living looting graves and rolling bodies, but soon gets chased by the massive armies of the Orc Tsar who needs his special gift to unlock the organ of a long-dead god. " 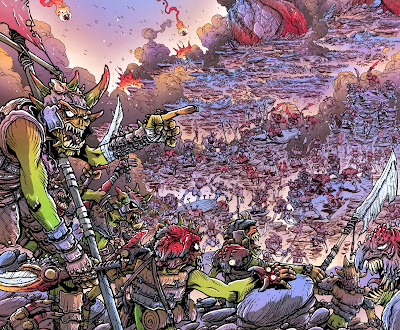 visually it's stunning ( very much inspired by Jamie Hewlett of old i reckon ) & the level of detail is insane. usually i'm not into fantasy-ish stuff ( Lord of the Rings etc etc ) but i'm totally hooked on dis & it's already inspiring me... just check my last few ' bargin bin ' comic purchases : 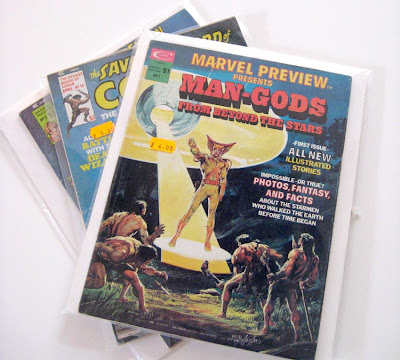