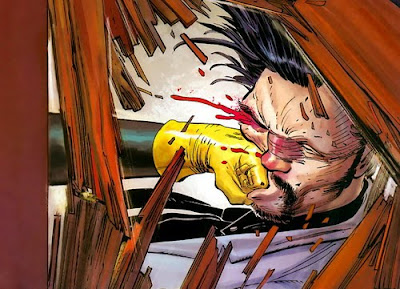 OK, that's a little harsh but if like me you're a big fan of the comic(s) you might be a tad disappointed with the final outcome of Kick-Ass. i know it's got 5 stars everywhere but stepping outta the cinema it finally dawned on me i'm one of those twatty comic-2-movie fanboys, who no matter what is never totally satisfied... oh dear. basically it's just too polished / Hollywood & the raw ' what if ' scenario of the comic books has been diluted, if not lost. most of the best bits ( from the comics ) have been cut too - to get the 15 age certificate i guess & the amount of decent British actors putting on American accents is painful ! my saving grace throughout the whole flick was the brilliant Mr. Cage... his fake Adam West voice ( when in Big Daddy guise ) is just brilliant and he totally steals the show - roll on the Bad Lieutenant remake ! HOWEVER screw what i say - go check it
Email Post