toys i REALLY want to see #1

OK, nu feature on the blog : toys i REALLY want to see... why ? well to quote mr Mark James " 99% is shit " & i'm increasingly disappointed with current 'designer' toy releases - boring, bland, unimaginative, waste of plastic/oil, same old same old, blah blah blah. so over the next few weeks we'll be dropping 'characters' ( screw the legalities ! ) past & present we'd really like to see in toyland ! first up... 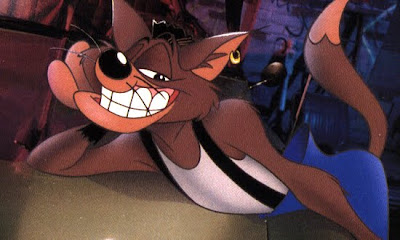