Be a movie producer for £1 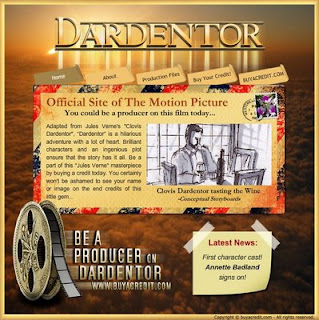 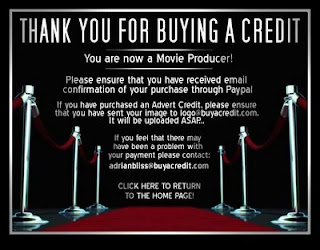 Found this 'Through Stephen Fry's Twitter' (interesting title for a science documentary), pay a mere pound or a dollar depending on your monetary persuasion and see your name on the credits of 'Dardentor' a new movie in production based on a Jules Verne short story. 3 upper class twits appear to be in charge of film-making so the end product might be a bit of a donkey but they seem to have a lot of celebs backing them and it is a cool idea for fundraising nonetheless. http://www.buyacredit.com/
Email Post