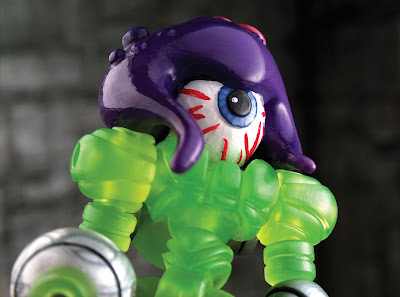 a while back we collaborated with all round top geezer Matt Onell to co-produce Clopos, a time traveling Space Pirate ! first released way back as part of the Glyos Dark Op's squad ( known as the ' Shadow Set ' with Lamour Supreme's 3 figures ), Clopos has now been cloned - & painted up by Matt himself ! 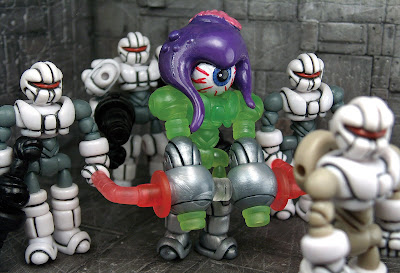 he was doing ' bird ' but he's now escaped and is on the loose... so keep 'em peeled cause he'll be calling for reinforcements ! more news soon, wink wink ;) for more info check : http://onelldesign.blogspot.com/ which also has a link to Onell's brand nu, supa sweet 80's inspired 8-Bit game : Passcode... decimate the traitor !
Email Post